A two story authentic log cabin originally from the Asheville, North Carolina area restored into a three bedroom cabin in 1994 at Boyd Mountain, which will accommodate up to eight people and has central heat & air conditioning. The downstairs has a kitchen, dining and living area, bath and a separate King bedroom and tube/shower with Washer and Dryer. Upstairs has two bedrooms, one with a queen bed and one with two queen beds and a full bath with tub/shower. You can even listen to the frogs from your back porch in a wooded area with a small stream feeding into another fishing pond. Enjoy an outdoor fire pit. Wireless internet access available. 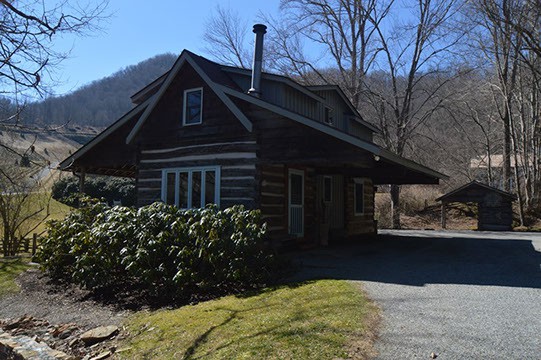 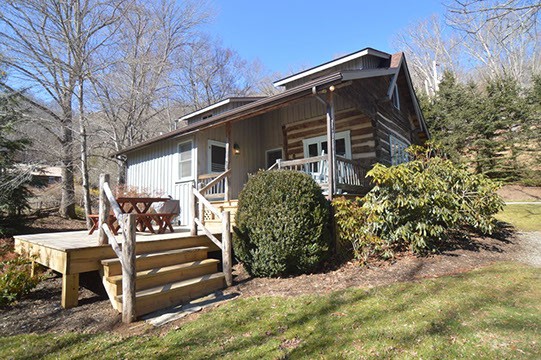 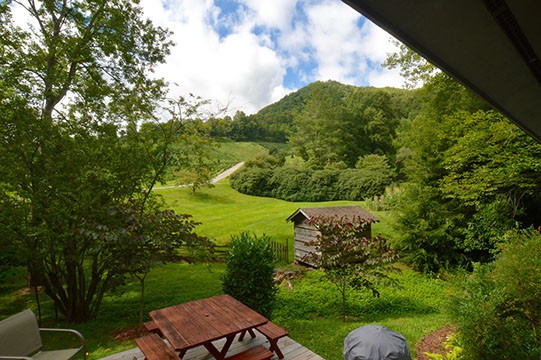 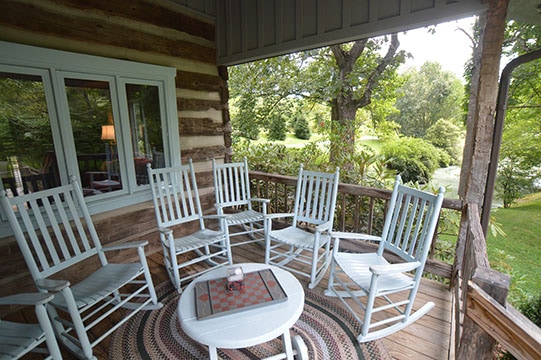 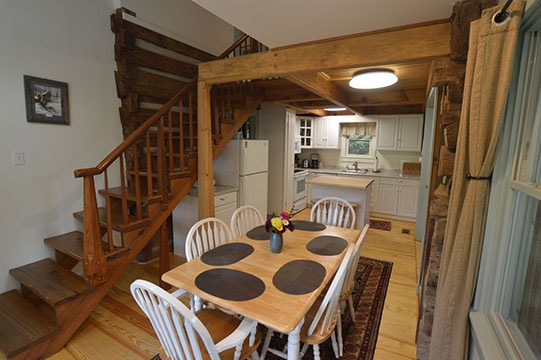 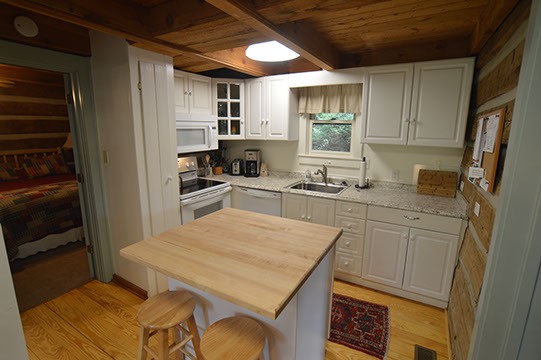 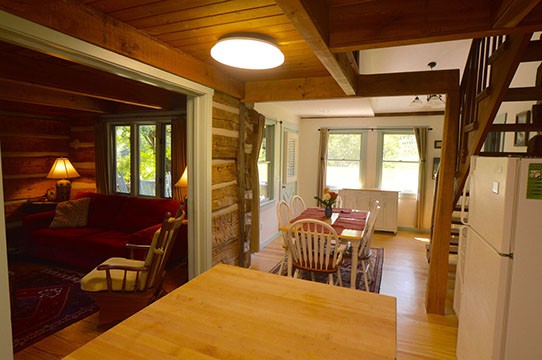 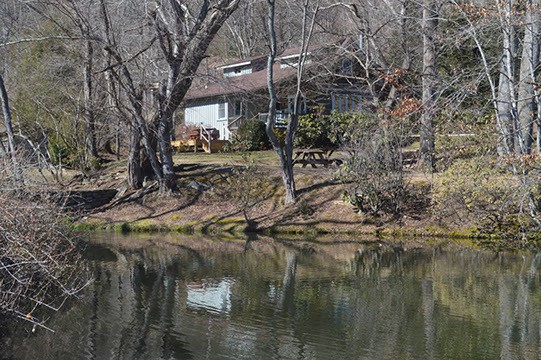 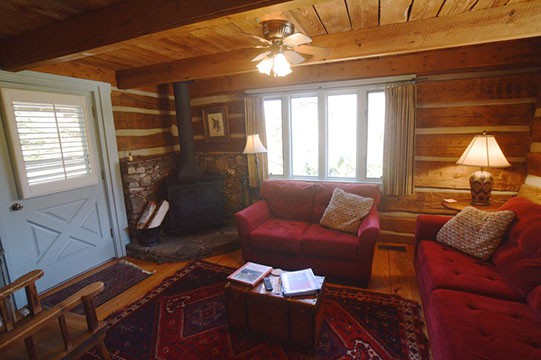 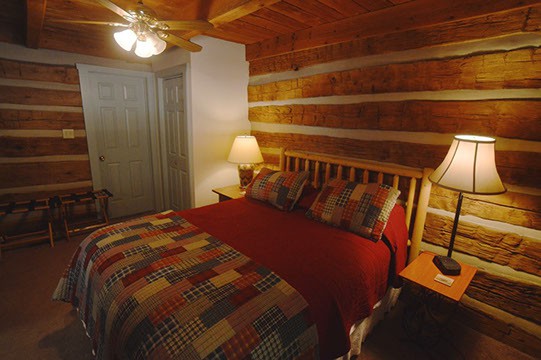 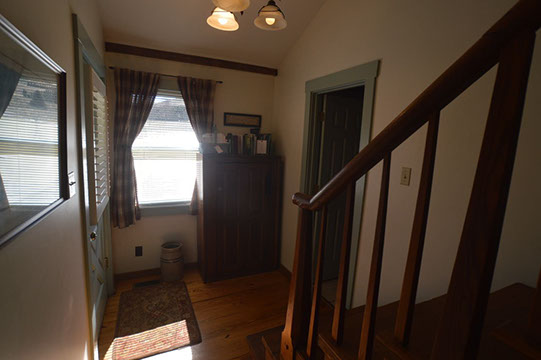 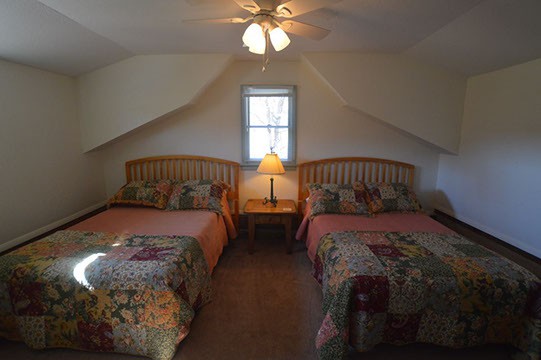 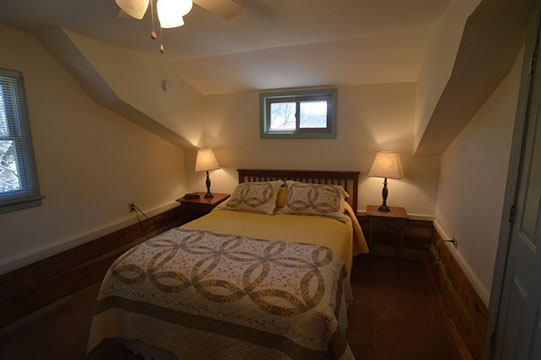 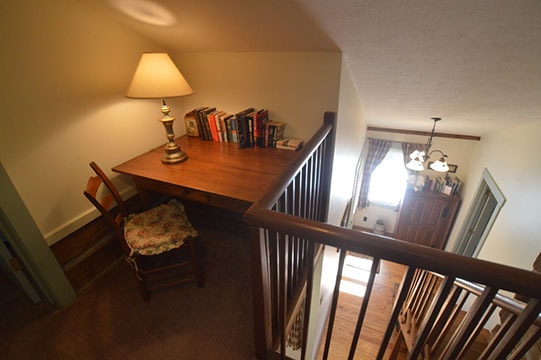 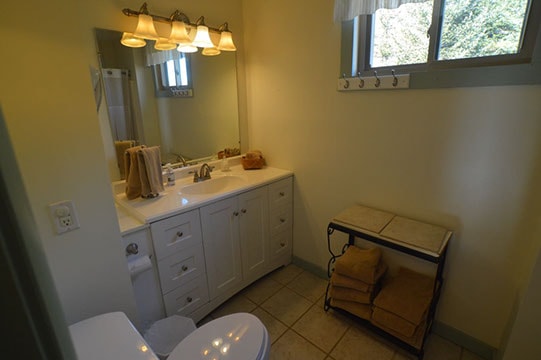 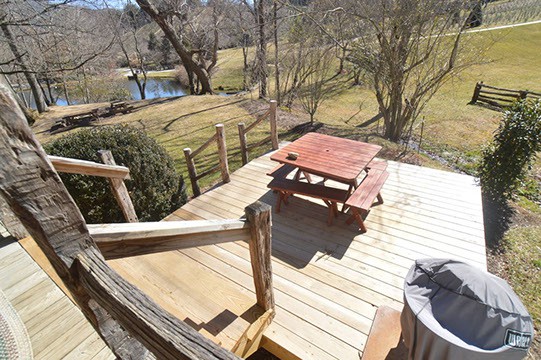 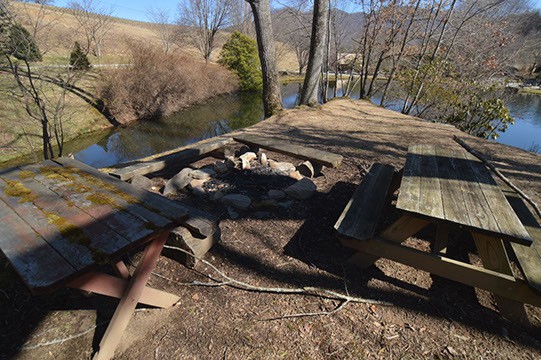 This cabin was built originally as a barn by the Ora Crook Ancestors sometime in the 1860’s. The log barn was originally erected on a site in Buncombe County, North Carolina near the current Asheville Airport. The barn had two stalls with a loft above, and an opening in the middle called a “dog trot”. At one time the barn was used as a mill for grinding corn and wheat. I met Mrs. Crook, a mountain woman of 85 years, in the summer of 1975 and asked her about purchasing the barn. She was reluctant at first because the barn had been in her family for so long. She said if we returned the barn back to its original style she would sell the barn, so the deal was struck. In the fall of 1975 the barn was moved back to Boyd Mountain where it was restored back to its original purpose were it was used for a shelter for cows and horses, and storage of hay and farm equipment. In 1993 the barn was restored into the millstone cabin for guests. The logs of the cabin were hewed by hand with a broad axe and dovetailed from chestnut trees. The roof is interestingly cantilevered on one side by large chestnut beams, as it was originally constructed, and covered with hand made red oak splits (shingles). Many a horse or cow have wandered in and out of this barn, as many a mountain man and his family have plodded to the mill to have their corn ground into meal. The nearby small log building

has been added to the cart. View Cart