This two story authentic log cabin from Cosby, Tennessee was originally part of the Cosby Cabin. It was restored at Boyd Mountain into a one bedroom cabin in 1997. However in 2019 the Little Cosby was remodeled adding a dining room and a downstairs bedroom and bath with laundry. Also a deck with picnic table and grill. The downstairs bedroom has a King bed and twin bed with a connecting bath with shower and washer/dryer. The upstairs Also has a king bed and a garden shower tub. The cabin will accommodate five people and has central heat & air conditioning. It is a perfect honeymoon retreat. The downstairs log interior has a kitchen, dining and living area with a fireplace built with rock off of Boyd Mountain. Enjoy the front porch with rockers and a checkers table, or the private side deck with charcoal grill and table and chairs with views of the Christmas Tree Farm and pond. Enjoy an outdoor firepit for your use. Wireless internet access available. 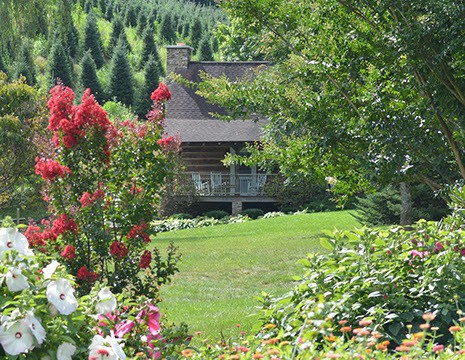 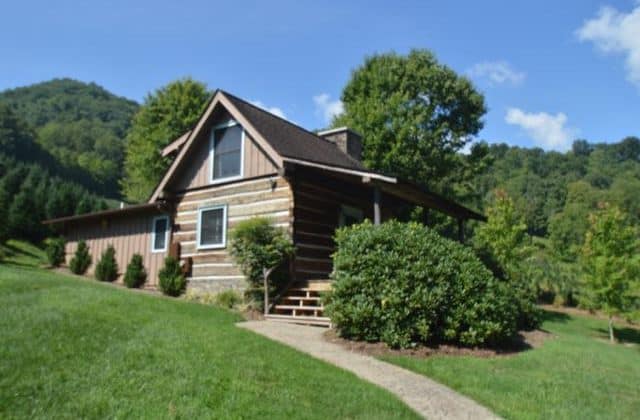 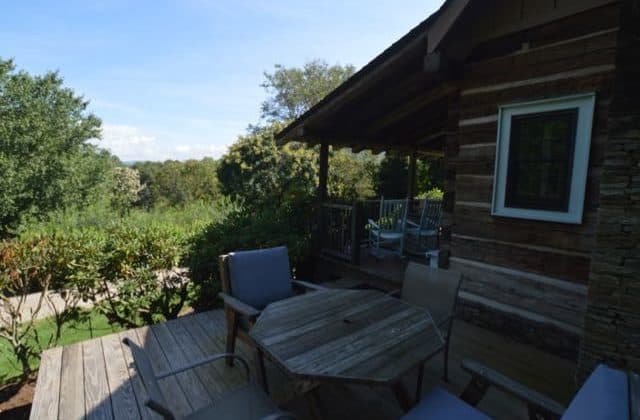 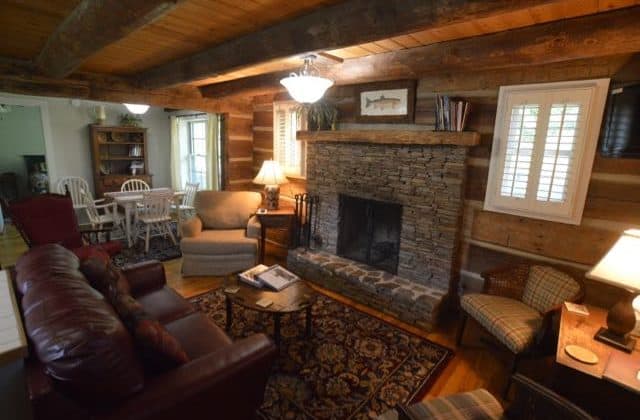 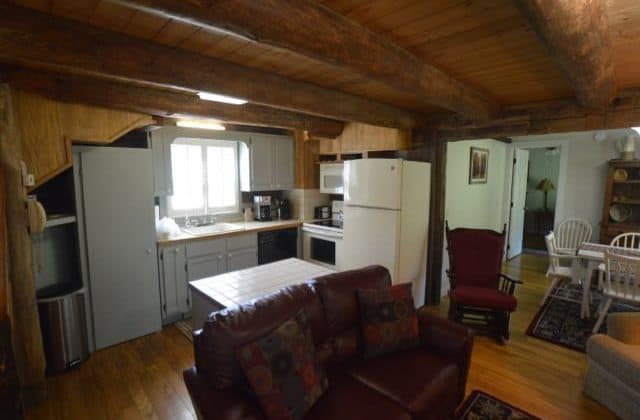 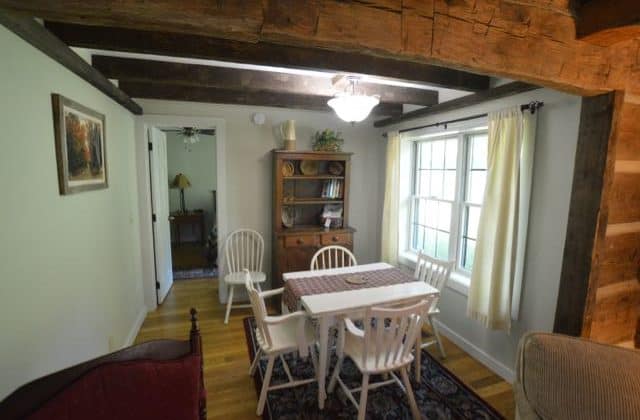 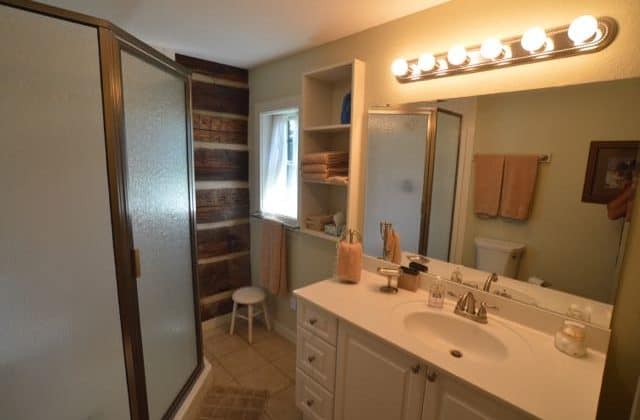 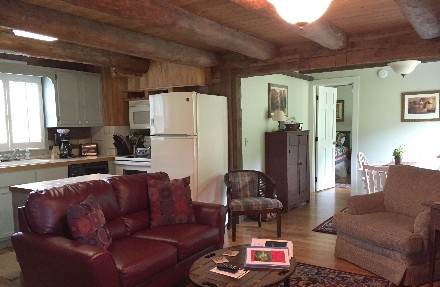 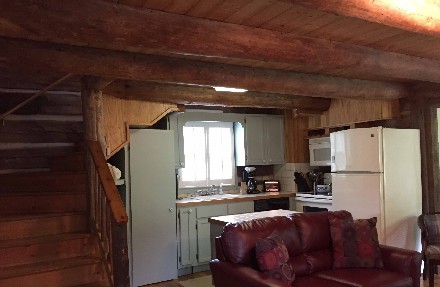 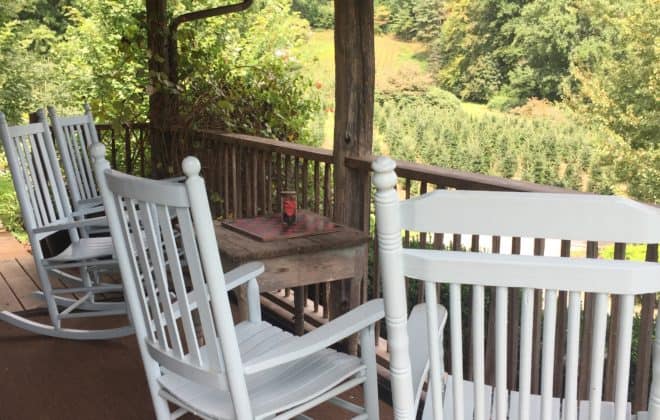 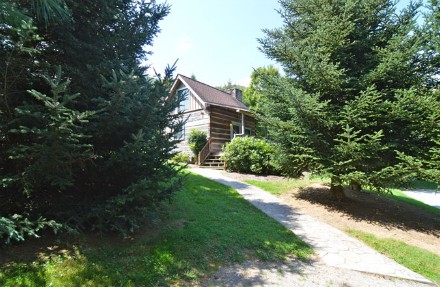 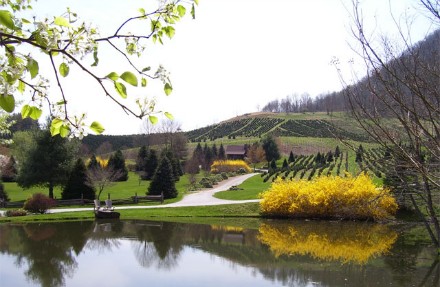 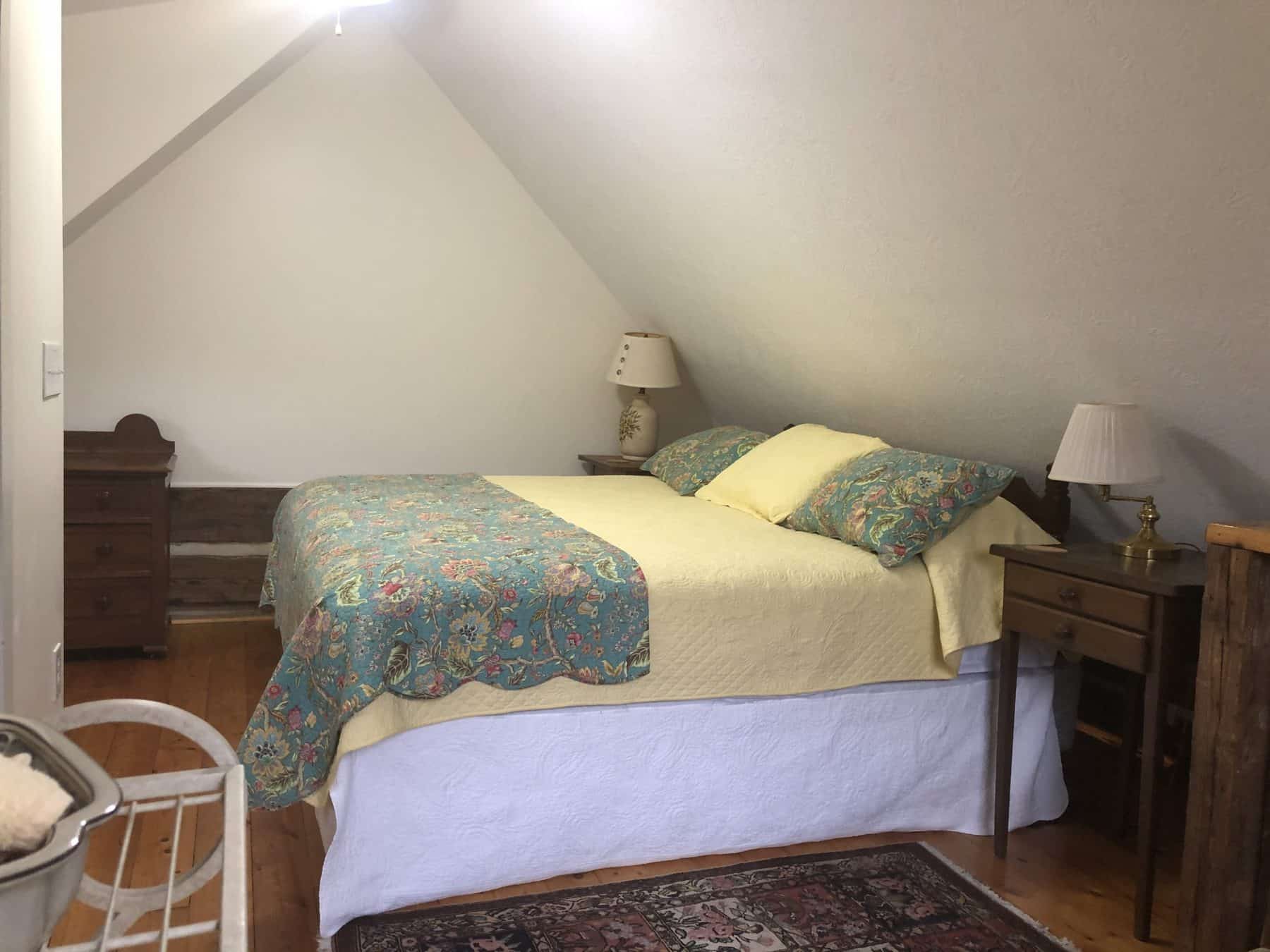 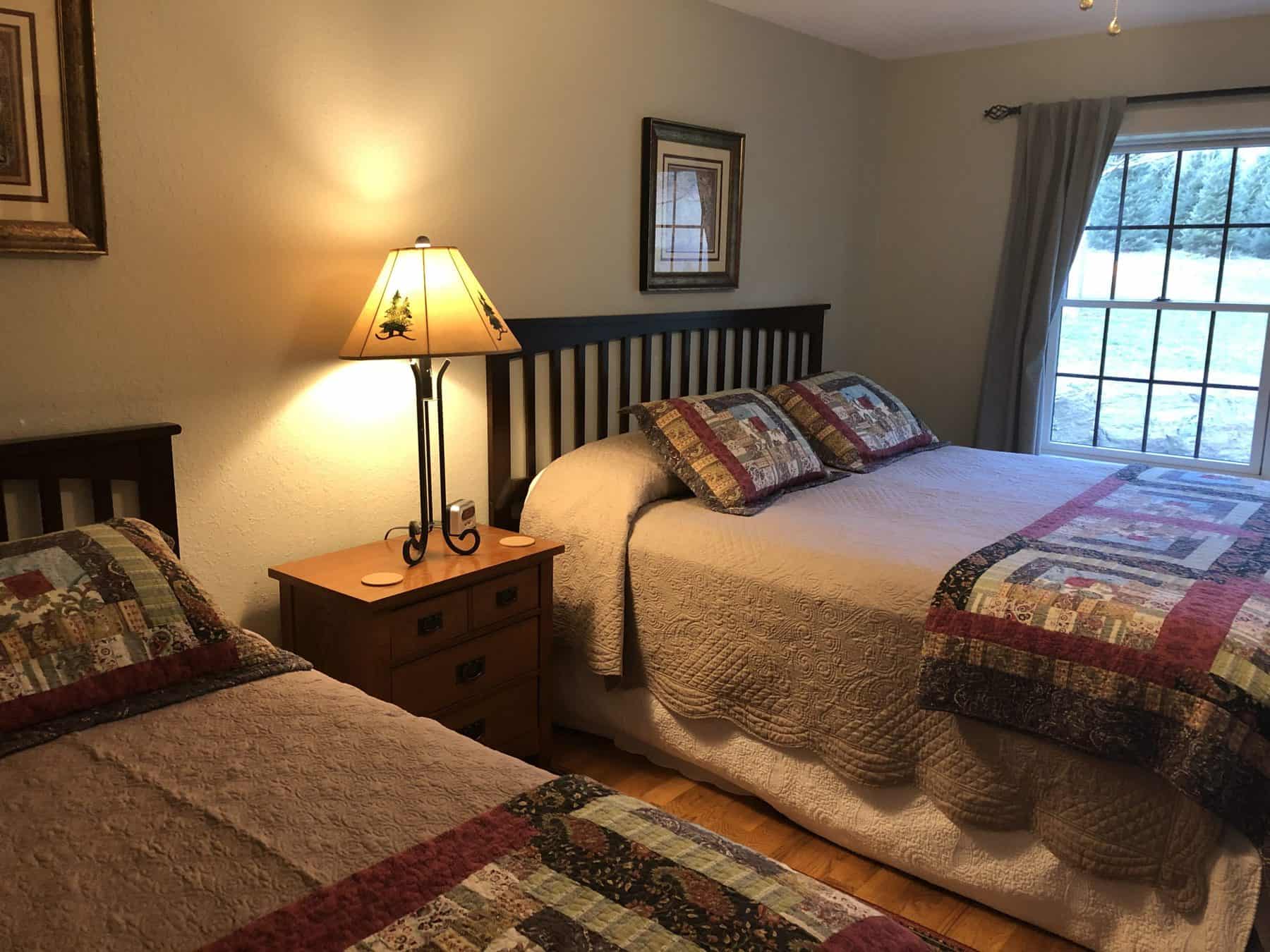 The little Cosby Cabin was originally located in Cosby, Tennessee near Gatlinburg in the Great Smoky Mountains. The cabin was attached with a dog trot to another cabin we erected, the Cosby Cabin. The Little Cosby Cabin was built first in the early 1800’s with heart of pine hewn logs. The fireplace and logs were chinked with red clay. We have left evidence of newspaper used for insulation and a few traces of “white wash” for a lighter effect. Little Cosby and Cosby were taken down by Dan and his son David Boyd. The cabin was erected on Boyd Mountain in the Summer of 1997. The fireplace was rebuilt with rock from Boyd Mountain, the original floor joists were used for ceiling and porch beams, the tobacco sticks on the railing and steps were originally hand split of pine by Dan’s father.

Next Cabin
has been added to the cart. View Cart