A two story authentic log cabin originally from Cosby, Tennessee near Gatlinburg was moved to Boyd Mountain and restored into a two bedroom Cabin in 1997. The cabin will accommodate up to six people and has central heat & air conditioning. The downstairs living, dining and kitchen area have the log interior with a stacked rock fireplace. The King bedroom and bath with tub/shower and washer/dryer. Upstairs has one bedroom with two double beds and a bath with a shower. Sit on the porch and enjoy a mountain view, cook-out on the deck below the Christmas trees or enjoy a cozy fire in the fire pit. Wireless internet access available. 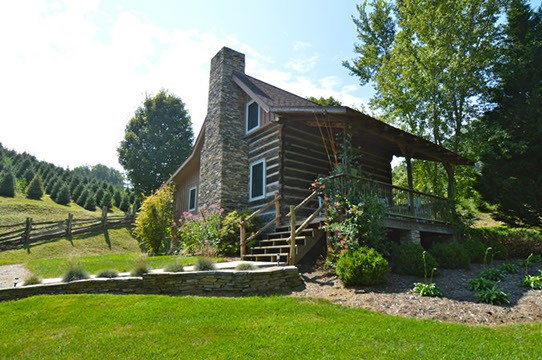 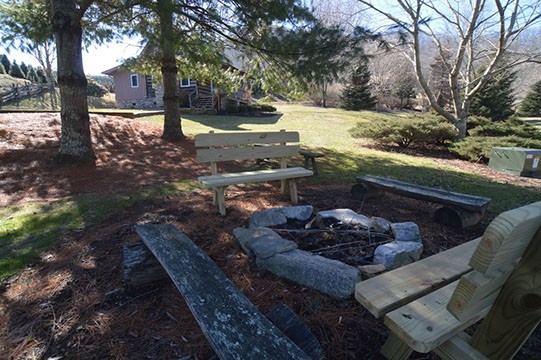 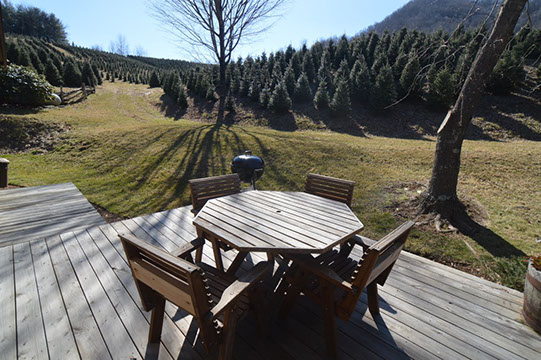 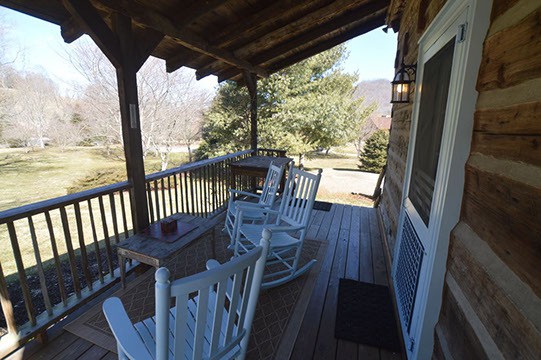 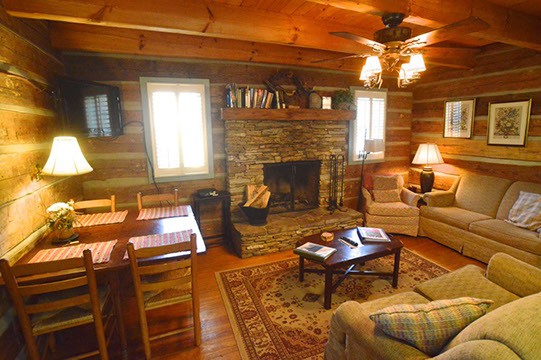 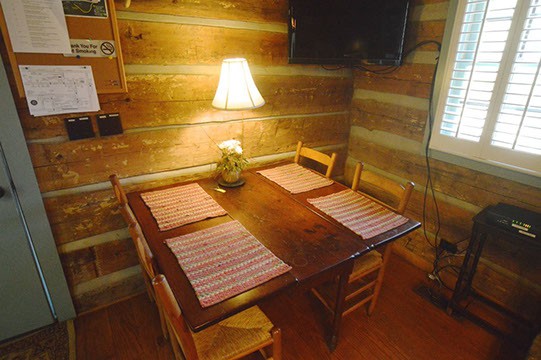 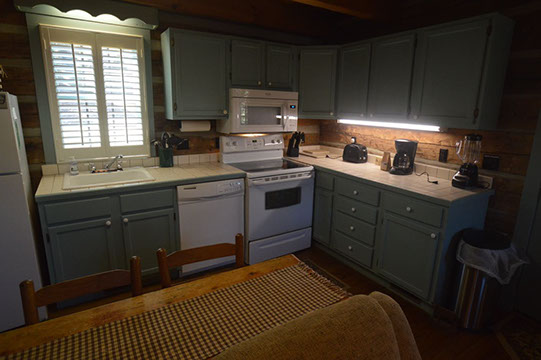 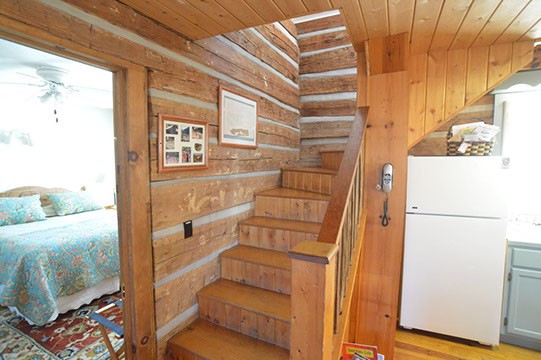 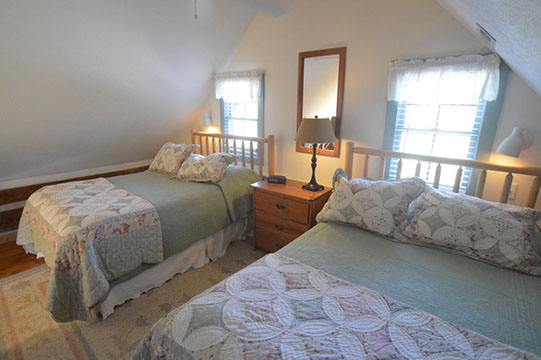 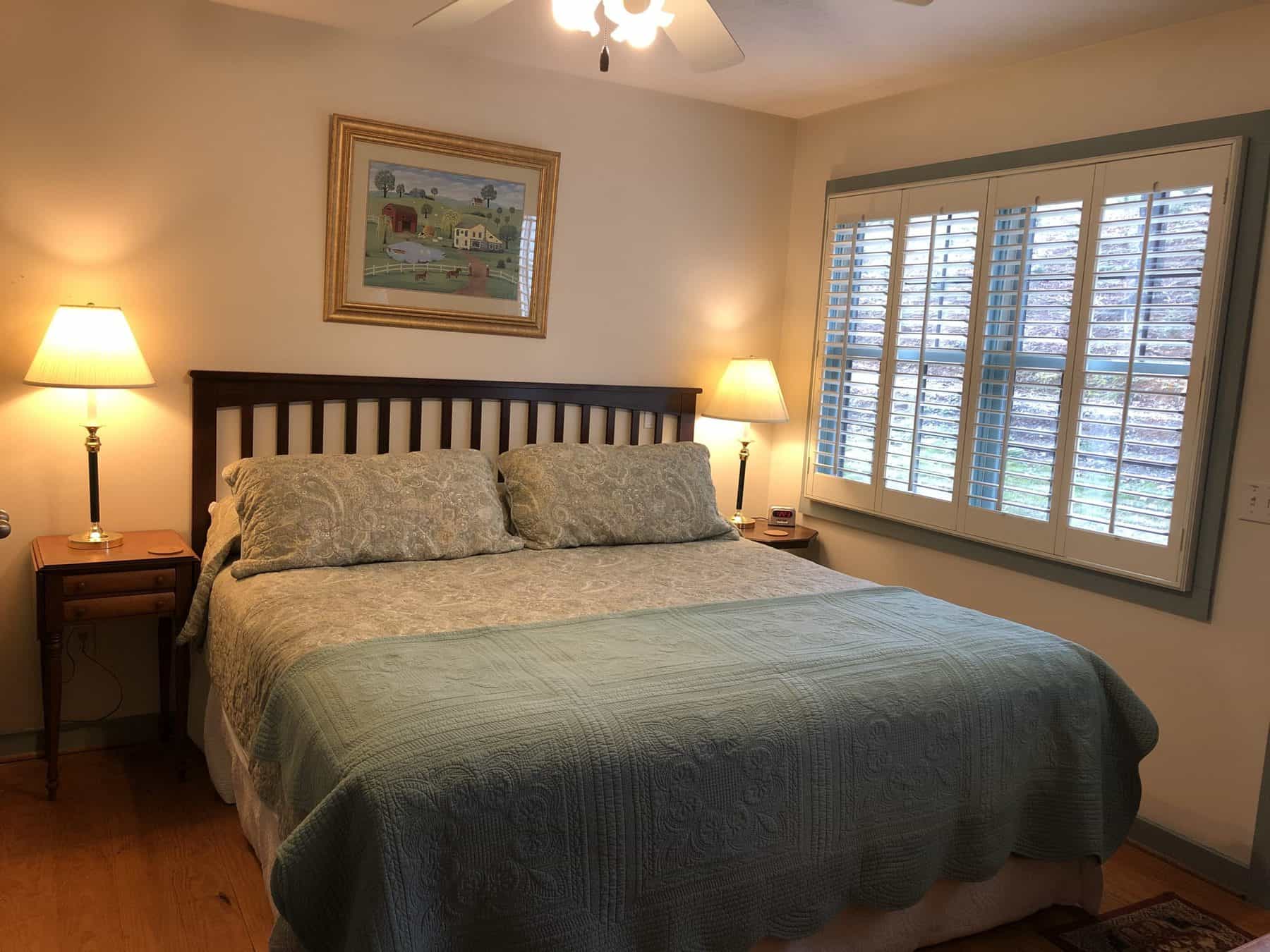 The Cosby Cabin was originally located in Cosby, Tennessee, near Gatlinburg in the Great Smoky Mountains. The Little Cosby Cabin was attached to this cabin with an 8′ dog trot hallway. The cabins both had fireplaces, one was used for cooking and one was used for heat. The cabins were dismantled and the logs were numbered by Dan and his son David Boyd in 1995 and erected on Boyd Mountain in 1997. The earliest date found in the Cosby cabin was from an old newspaper pasted on the logs with flour and water – 1891. You will still see evidence of the old newspapers on the walls used as insulation. The cabin was probably built in the 1850’s due to the original red clay chinking between the logs. The cabin was a 1 1/2 story construction of heart of pine hewed logs with a hand split white oak shingle roof and a rock fireplace chinked with red clay. The cabin had no electricity, a 2 seater outhouse, and water from a stream located above the cabin. In later years the cabin was covered with board siding. The board siding turned out to be heart of pine which is now recycled as our office floor.

Next Cabin
has been added to the cart. View Cart